“We are a mixture of bluegrass-ish, Americana, and folk. Where I come from we call that musical stew! ”

Their style might be described as a little bit of everything; kinda a musical stew of sorts. The instrumentation is Americana/ Bluegrass, with bits and pieces of folk and pop in the mix as well. This combination makes for a toe tapping, tune humming, get up and dance good time.

Rachel Aldous had a previous solo career as a singer/songwriter. In 2009, her album release of Transform Me, and the subsequent radio single release of A Mother’s Prayer was picked up by over three hundred and fifty FM radio stations nationwide and globally. Her single has since gone viral, with millions of hits and countless reposts on Youtube and other media outlets. She also recorded the Spanish version, La Oracion De Una Madre, which has also shared radio success in a number of South American markets. Her solo career switched directions after combining creative efforts with Lee Spotts. Rachel says of Lee, “He is such a joy to work with as a songwriter. It seems that we track with each other’s ideas effortlessly; almost musical telepathy!’

With Rachel and Lee’s songwriting teamwork and the addition of other members to the group, the album Stories From the Journey was recorded in 2013. In the process of becoming a band, the group would spend hours practicing in Rachel’s living room. "Neighbors would congregate outside to listen to the group and ask when they could hear us perform a show, so we decided to take practice outside in my backyard.” Rachel describes, " What happened next surprised us all! The neighborhood came out in droves. We now make it more of an event than a practice, and we call it South Park Nights. We average around 350 neighbors on a typical South Park Nights evening. It has become a real bright spot for us, and we have this neighborhood to thank for it!”

As Rachel Aldous and The Road Home expand their borders and fan base far beyond South Park or even San Diego, the future is indeed bright and promising for this group of fun-loving music makers.

We would love to be apart of your next event or concert in the park!  Rachel Aldous and The Road Home is prepared to play 2-3 hours of fun, family friendly, music that young and old alike will enjoy! 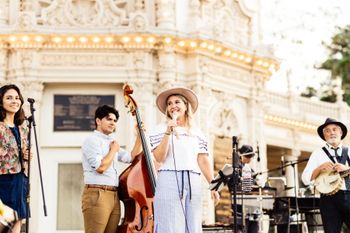 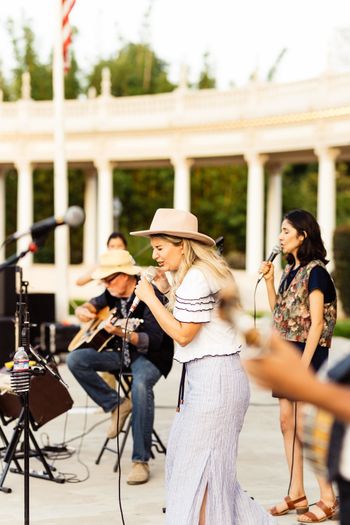 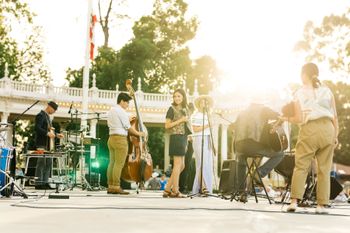 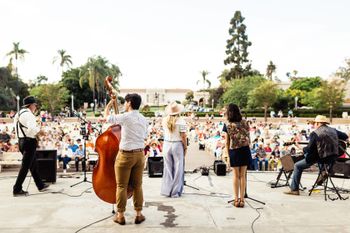 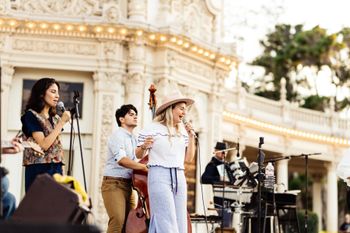 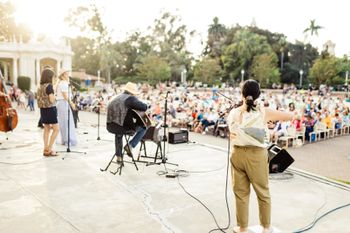 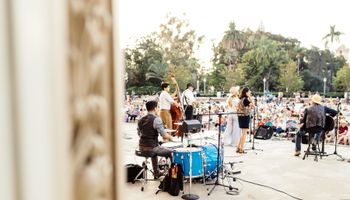 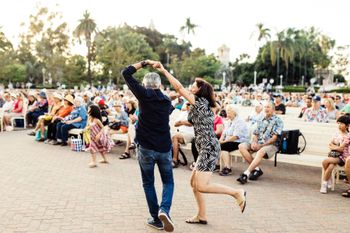 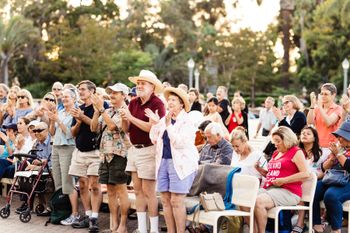